Three years ago, when Suitcase Stories was first being developed at IINE, some staff were skeptical that enough people would want to share a story about refugee and immigrant life on stage.

As Director Cheryl Hamilton shared in a recent Tedx talk about the origins of the Suitcase Stories program, she was a bit doubtful herself.

“I was admittedly a little anxious. Given the climate around immigration in 2017 I wasn’t sure how many people would be comfortable standing up in front of 400 people sharing their lives,” she said.

Proving the doubters wrong, we have learned that many people want to tell their stories. Since 2017, more than 200 people from more than 60 countries have participated on stage, and more new “tellers” join our ranks every week. 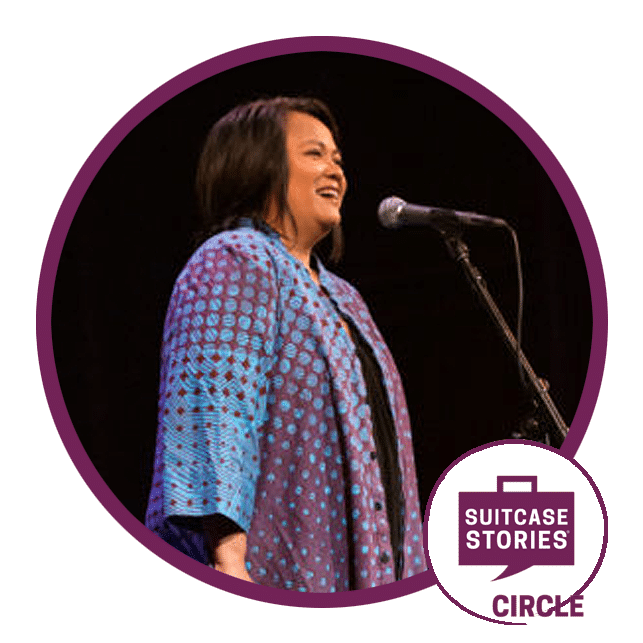 While many storytellers were eager to share their tales, others, like Grace Talusan and Chris Ko, were initially hesitant to step into the spotlight.

The author of the celebrated memoir The Body Papers and an immigrant from The Philippines, Grace Talusan has always understood the importance of story.

“The way I understand life is through story,” she shared during a recent Suitcase Stories online conversation.

But Grace had never considered performing a story, live on stage when Hamilton approached her in 2017. She said she had only ever been comfortable reading from the page, “hidden” behind a podium.

“Honestly, this was the last thing I would ever want to do,’ she recalled. But she joked how she agreed to Suitcase Stories in part because she had just finished reading Shonda Rhimes’ The Year of Yes, which encourages people to accept all requests in the pursuit of personal growth.

“[Participating] taught me that we need to change and challenge who we think we are,” she notes. “Seeing refugees and immigrants and people of color literally at the center of the stage always gets me. Seeing everyone looking and listening to our stories at the center  – as opposed to the margins –  is very important to me.”

Grace wasn’t the only Suitcase storyteller to be hesitant at first. Her fellow performer Chris Ko took two years of persuading before he decided to participate.

An immigrant from Guatemala with two Taiwanese parents, Chris said his work as the Research, Monitor and Evaluation Manager at IINE had helped him to recognize the value of hearing directly from immigrants and refugees. He said he used to question whether his story deserved the same attention as his clients, and it wasn’t until he attended several productions that his perspective began to change. 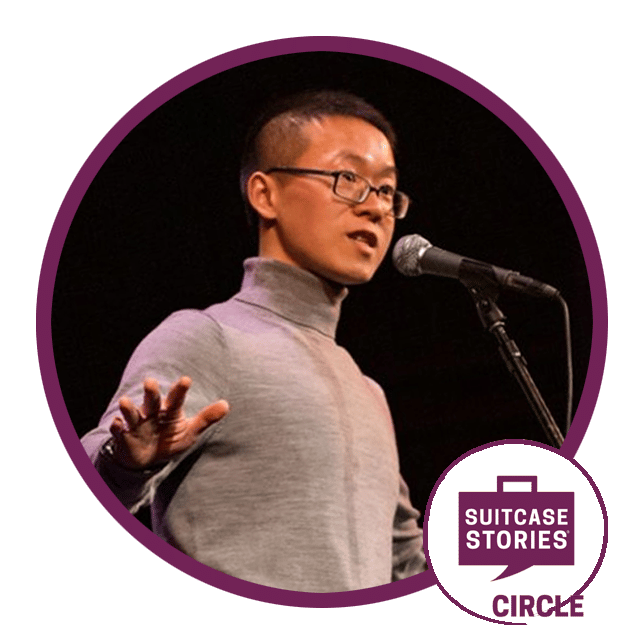 Not only did he discover that others were just as nervous as he was at first, but he realized that it was important for people outside the direct work to better understand the lives of the different clients IINE serves.

Once he debuted his story in October 2019, he never looked back – and today, Chris is one of the program’s most active storytellers. To date has performed his story more than four times.

To enjoy more about Grace and Chris, click on the links below to the webinars.